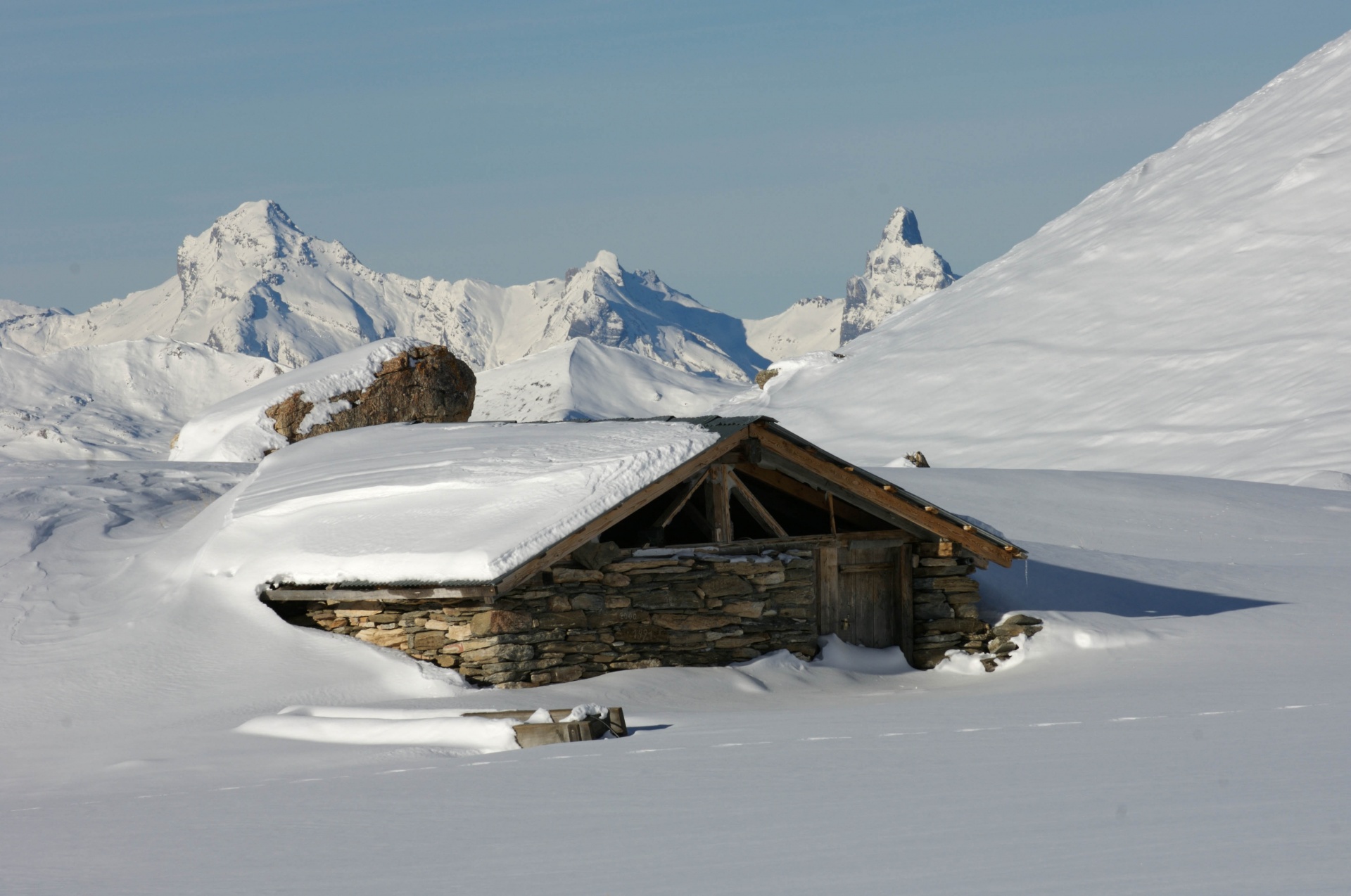 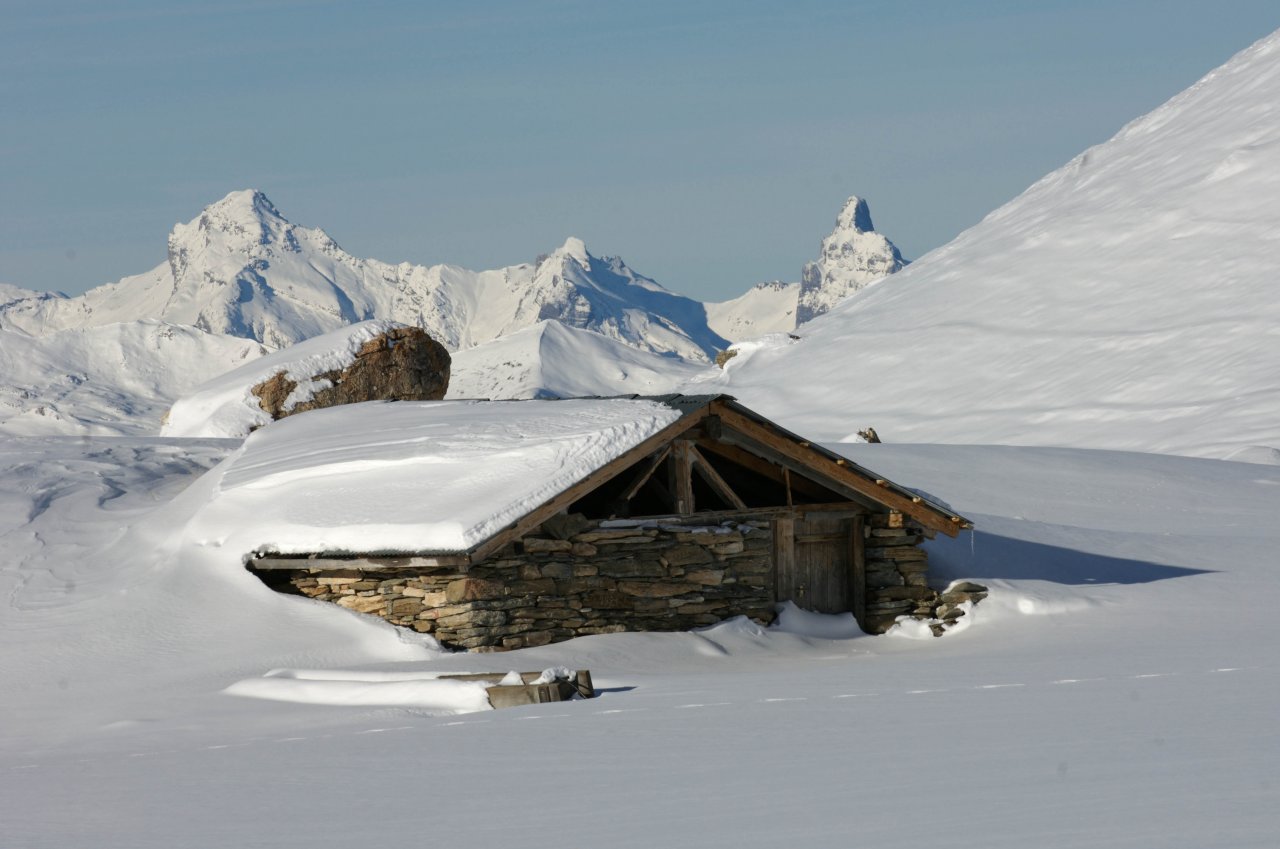 Description Contact
In the springtime, as soon as the snow has melted the cattle are put out onto the rough grazing around the village. The irrigated and fertilised meadows are used exclusively for hay crops; the essential reserves of fodder for wintering the animals. In May the animals head to the areas known as mayens- the name is derived from the month of May.

The mayens are usually at around 1500m but some are below the altitude of the village. The land around the mayens is privately owned, and each will have a building ressembling the grange-écurie in the village. The first floor comprises a small kitchen and bedroom.

The byre is underneath, making this the only building where the livestock and family sleep under the same roof. Nowadays many of these buildings have been converted to holiday chalets, and going « au mayen » has become synonymous with going on holiday.  Towards the end of June a procession from the village heads up to the alpage  (summer grazing).

On the day known as the inalpe the Hérens cows choose the queen of the alpage in a series of bold fights. Depending on the available grazing the herds move around the hillside with both men and animals staying for several days at a time in rough shelters called remointses. In September and October the livestock come down from the alpages to graze the mayens before finally returning to the village. 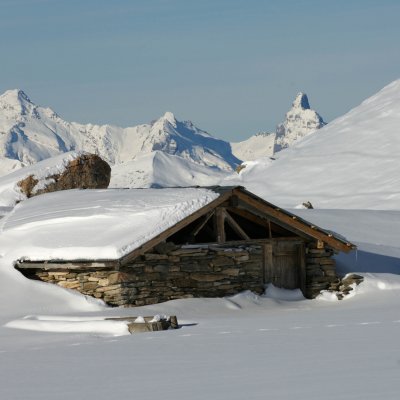