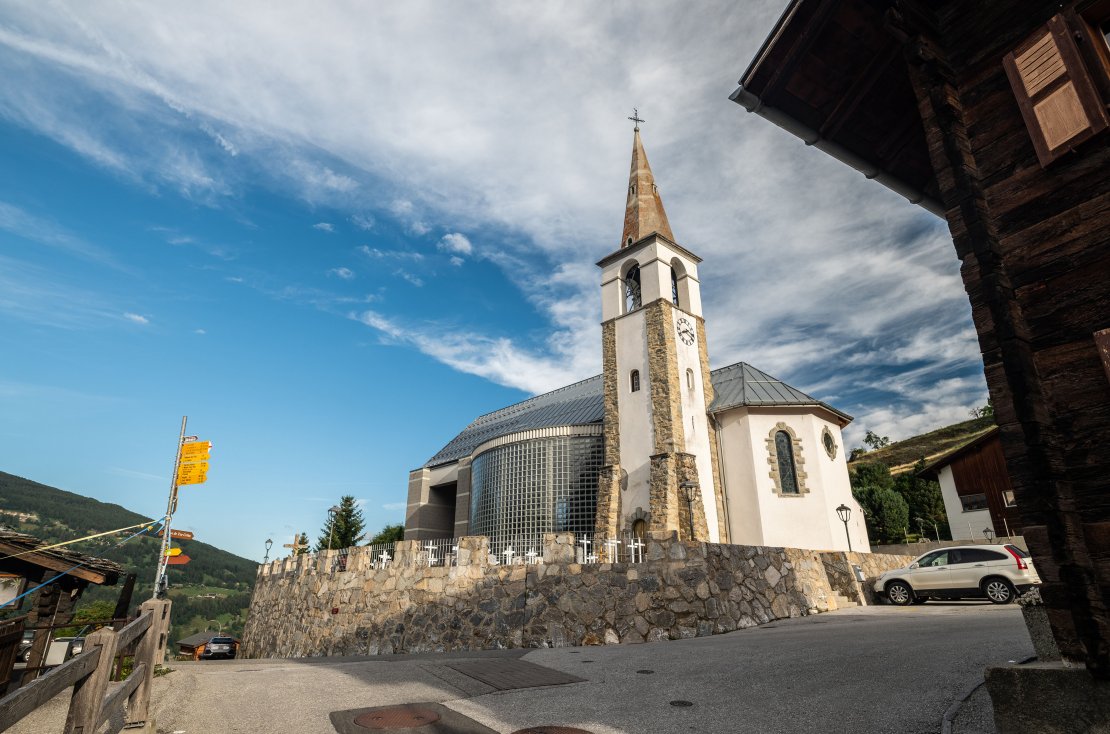 The first church of Mase appears to date from the 13th century. In 1705, building of the second church was started, the old one having become obsolete and too small. By the end of the 19th century the building was very run down. The shock of the Nax church disaster in 1909 influenced the decision to rebuild whilst retaining the bell tower that was built between 1738 and 1749.
The third church was dedicated in 1912. The interior was of Neo-baroque inspiration. The nave stands out for its originality. But this building aged badly: its foundations were poor and cracks appeared. The earthquake of 25th January 1946 compounded those defects.Supporters of a restoration of the church faced those proponents of a total reconstruction. In the end, a blended solution was adopted, combining tradition and modernity. From the old church, they kept the choir, the main altar, the sacristy, and the belfry, which was renovated. Draped in glass, the church shines in the sun in a magnificent spot overlooking the village.